I WANT TO BE YOUR MENTOR

I am so stoked to get to read your words this year and absolutely cannot wait to dive innnn. SCROLL ON, HUMANS, and let’s see if we’re a good match for each other, and why you want ME to train you in the ways of the Force. 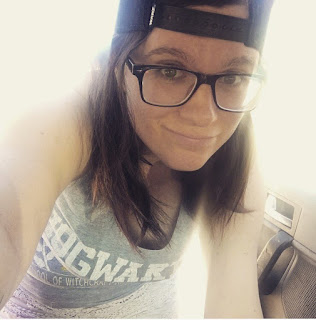 So first, a little about yours truly. I am Brianna Shrum. I’m a YA author from Denver, Colorado. I’m totally obsessed with gaming (tabletop and video games) and superheroes, and I love all things dark, magical, and strange. My first novel, NEVER NEVER, a YA crossover retelling of Peter Pan from Hook’s POV, came out in September of 2015 from Spencer Hill Press. My second, HOW TO MAKE OUT, a YA contemporary romantic comedy, came out from Sky Pony Press September 2016! I am repped by Steven Salpeter at Curtis Brown. ^_^

I will give you in-depth critique, honesty (but not brutal honesty; I don't think you have to be brutal to be honest. I WILL tell you in no uncertain terms exactly what I think needs to be done and why, and will not shy away from any of that stuff big or small, but I’ll also gush over everything I love) and ideas on the big and little things in your book. My specialty is CHARACTER, RELATIONSHIPS, and TENSION. These things are my greatest loves, and the things I’m best at! Though I’m always down to help you with atmosphere, world, and plot if that’s what you need! I’ve had success with contests in the past, so I’ll bring that experience to the table to help make your entry shine!


PART TWO ~aka~ THE GOOD STUFF


So this year, I’m mentoring YA, and I’ll be looking for TWO THINGS within that category: Fantasy, and Contemporary. Nothing outside of YA fantasy or contemporary this year, folks! There are some amazing mentors who are looking at those other things!
SOOOO, within YA fantasy and contemporary, there are several things that I just LOVE, cross-genre, and I will die of happy if I see them in my inbox.

If you have written something and said to yourself, “Oh lord. This…this might be too much” I want it. If it is TOO edgy or your characters are too unlikable or this is a topic that is just TOO wild or controversial or...any number of things. I want it.

I loooove, more than anything, characters who are conflicted, who are bad, who want to be good but don’t know how to be, who are straight-up wicked. Give them all to me, please. I love me a good hero, too! So don’t count them out, but delicious villains, and anti-heroes, and grey morality are my crack.

Give me TENSION. Sexual tension, friend tension, stakes that have the world at its end—what I want, ultimately, is something that makes me feel breathless. Where it’s tense enough I can feel it on my skin.

That is all. Please to send them

I’m just a sucker for it. That is all. PARTICULARLYYYYYY UNLIKELY/IMPOSSIBLE ROMANCE. I’m super into hate-to-love, also. Or forbidden romance.  Or slowwwww burrrrnnnnn. WHEW. SLOW BURN. Honestly most kinds of romance I love. PARTICULARLY if that romance has some tEeTh. And by that, I mean figuratively, I love all kinds of romance, but do have a particular soft spot for those with an edge. (I mean. Literal teeth are also fine though. Just putting that out there.)

(P.S. do you see what I did there? With the word "have"? That is perhaps an important word for a certain scavenger hunt and you should probably mark it down but hey I don't know your life and can't just tell you how to live it.)


NOOOOOTE, WRITER HUMANS, THAT UNDERLIES EVERY SPECIFIC GENRE REQUEST/TROPE LOVE/ETC.: DIVERSITY IS IMPORTANT TO ME
I have a very hard time believing worlds (in ANY genre) that are all white, all allocishet, all abled. Like. That just doesn't feel real to me. I would love to see casts that are culturally, racially, ethnically diverse. Representation of any number of genders, disabilities, sexual orientations, underrepresented religions, everything. Authentic experiences of marginalized people, be it *about* a specific marginalization or about a marginalized character and/or cast where that marginalization does not drive the plot, are always extremely welcome and wanted here.


I adore contemp of a million different types, and tend to gravitate toward it when writing. This year, I’m looking particularly for contemp on the edgy side of things. I like things that ask hard questions, that draw out deep emotion, that aren’t afraid to just smash through politeness and boundaries and hit hard with authenticity. Characters with grit and heart and lots of voice, whether they’re prickly or loveable, I  love. YA that deals with major social or political issues, I am super here for as well. So, I am all about the lighter side of YA too, especially if there’s a stellar romance at the core. And grittier, older, edgier YA is my bread and butter BUT THAT BEING SAID: IF YOUR BOOK IS QUEER, I DO NOT CARE if it’s edgy or not. If you’re telling a story about an ace kid or a bi kid or a non-binary kid or two girls falling in love or or or—I want it. Legit, I am thrilled to read anything, edgy and gritty or light and sweet or dark and emotional, if it’s a contemp about queer kids.


Fantasy was my first love, and we’re, like, basically in a committed relationship now, so.


I am NOT LOOKING FOR: Urban Fantasy, Paranormal, or Contemp Fantasy unless that contemp fantasy involves time travel ORRRRRR a totally kickass setting. Somewhere weird or cool or, idk. Something with the atmosphere of Maggie Stiefvater a la The Raven Boys or The Scorpio Races, or something set in Alaska, possibly. Because I love Alaska. SO YEAH, contemp fantasy ONLYYYYY if the setting is super kickass or it involves time travel. The rest of these things are great, just not in my wheelhouse!


PLEASE SEND ME YOUR:


*Historical Fantasy
-Side note: If someone sent me a fantasy set in the French Revolution I would FLIIIIIP


I’ll list specific comps down below, but basically, give me yo fantasy, lovelies!

BOOKS I LOVE-slash-SEND THINGS LIKE THIS TO ME PLEEEEASE

-oooh yaaaaaasssssss the antiheroes! The world! THE KAZ BREKKER
-A+++ multi POV too

-Fantasy does not necessarily need magic to be fantasy, yo!

-Zutara is the ONLY SHIP FIGHT ME

*DRAGON AGE OMG DRAGON AGE THOUGH I am Bioware trash


*Red Rising
-technically sci-fi I think, but the characters in this, particularly the side characters, are phenomenal


*Star Wars: ROGUE ONE
-GIVE ME REVOLUTIONARIES and people who change the world or are willing to fight for who and what they love.


* Literally ANYTHING by Carrie Mesrobian


-The VOICE in her books is unbelievably great


* More Happy Than Not


-This is technically a spec fic but the voice and the feel is so contemp that I’m adding it here as an example of a feeling that I LOVE.


-The darkness in this was super well done, but I’m looking for anythingggg that can tell a story with as INTENSE emotion as the romance and relationship between these girls. MAN.


*Such A Good Girl


-Honestly anything by Katie Cotugno


* Simon vs. the HomoSapiens’ Agenda


*I am a Gryffindor or a Slytherin. I can’t currently decide which but I dunno, I’m pretty fighty.


*I play the violin (Both acoustic, and this badass electric viper violin). Music SLAYS ME.


*I will fall just DEAD IN LOVE with a character with realllllll power and relationships that play with that idea. Destroy me with power dynamics.


*I love twisty politics and intrigue.


*If I could invite 7 characters over for a fictional dinner, 1 being seated to my left, 7 being to my right, and all the places in between being situated around the table, I would invite: 1. Nina Zenik 2. Uncle Iroh 3. Zuko 4. Starbuck (in the newer Battlestar Galactica. I’m completely in love with her.) 5. Mad Sweeney 6. Sevro 7. Cassian Andor


*I like spiders, and snakes, and monsters, and worlds with claws.


*My fave scenes to read and write are one-on-one murder, fist fights, and the moments just before a kiss. Because they are intimate and reveal character like whoa.


That’s about it, friends! Feel FREE to ask me any questions over on Twitter (my username is @briannashrum) and HAPPY PITCH WARS-INGGGGG!
I will leave you now with some gratuitous gifs of Cassian. May the Force be with you.

Mister Linky's Magical Widgets -- Thumb-Linky widget will appear right here!
This preview will disappear when the widget is displayed on your site.
If this widget does not appear, click here to display it.
Posted by Brianna Shrum at 5:00 PM